Spent the morning with Isaac along the Thompson River between the downtown area and Tranquille.  We drove around looking for where the gulls were and found a large group at Tranquille.  Most of them flew upriver so we relocated several smaller groups in that area later.  Kamloops is far from a gull hotspot, but at the same time, the area is very underbirded.  We were very happy to get 7 species today including a Glaucous and a Thayers (Iceland).  A big thanks to Isaac for his knowledge of local gull species!

Mew Gull – 1. Presumably present in very small numbers but possibly overlooked?  We had 2 the weekend before on the shore of Little Shuswap Lake.  No photo from today.

Ring-billed Gull – 220. Probably the most common gull specie present in the area. 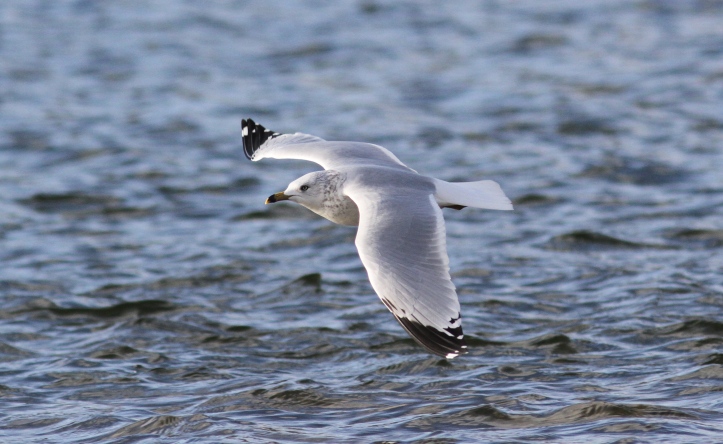 California Gull – 160. Common to the area around this time of year.  Not certain of status in the spring and summer. 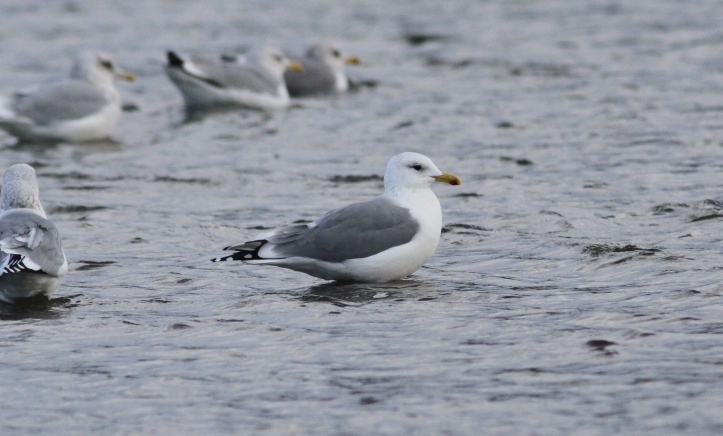 Herring Gull – 100.  Common to the area around this time of year.  Not certain of status in the spring and summer.

Thayers Gull (Iceland) – 1.  Presumably present in very small numbers.  We had 1 juv. the weekend before on the south Thompson River near the Lafarge Bridge.

Glaucous-winged Gull – 5.  Uncommon and mixed in with Herring Gulls.  Expected to see some at this time of year. 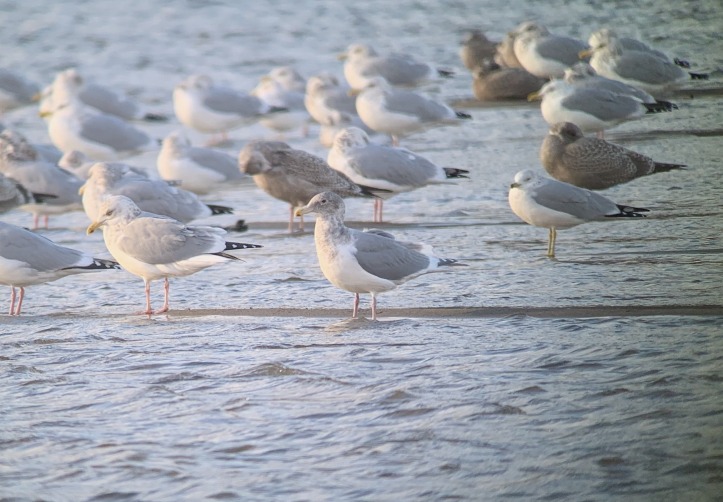 Glaucous Gull – 1 juv.  The best Gull sp. of the day.  A lifer for Isaac and he has birded here for many years now.  He spotted it flying in from the right.  Rare.  Made the BC RBA list. 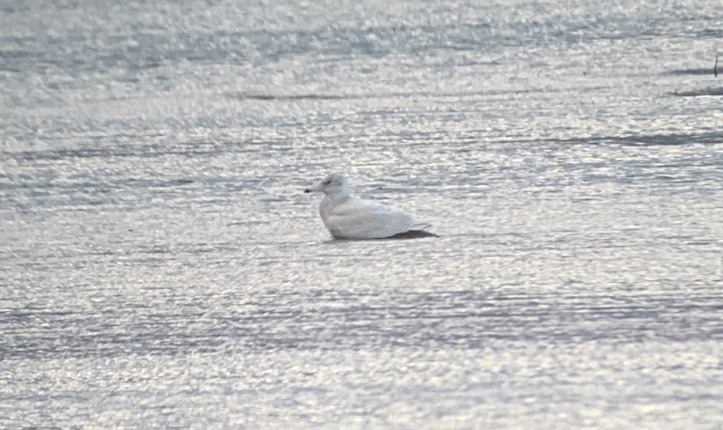 Left to Right in the foreground: California, Thayer’s, Herring 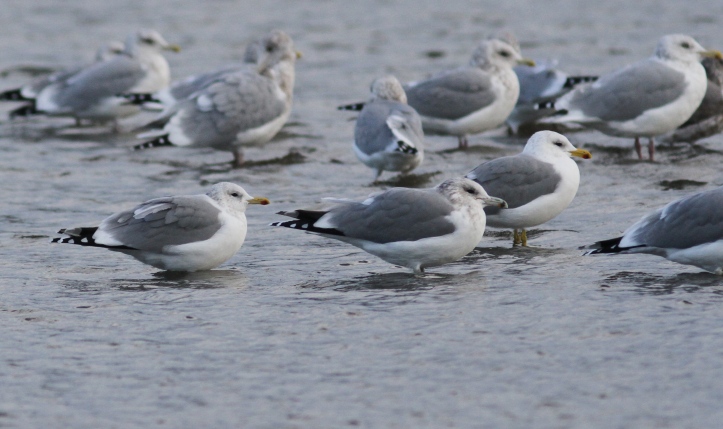 3 ages/stages of molt of California Gull