Isaac and I left early and reached the south end of Nicola Lake just after dawn.  We then worked our way back to Kamloops along Highway 5A, stopping whenever there were birds.  The attraction there is that most of Nicola Lake and a small part of Stump Lake are still ice free.  The list of from the entire time we were out  (7:30-10:30 am) and from my bird feeder later in the afternoon.  After dinner, I heard a Great Horned Owl calling in the backyard.  I called my son and we both went out to see it.  We watched as one of the two owls grabbed another owl right out of the air like a Peregrine getting a duck.  It was unbelievable to see!  Because of city lights, the snow, and a cloud cover, the area behind my house can be quite illuminated at night. The smaller owl was flying in a straight line and the Great Horned came up behind it and just grabbed it.  I’m not sure of the littler owl species but it was half the size of a Great Horned, lighter in colour, and long-winged in comparison to its body.  It flew with the typical floppy wing beat of a smaller owl.  Smaller than Short-eared which are common here….. Northern Saw Whet?  Not sure and will never know.  After grabbing the smaller one, the Great Horned flew out of sight over my house and the other one landed on a taller cut off tree in my yard.  My son ran for one of my owl lights but it was gone by the time he came back with it.  Crazy!  I actually felt bad for the smaller owl after the entire ordeal was over.  I have recently learned that Great Horned Owls will regularly prey on other owl species, even Great Greys. 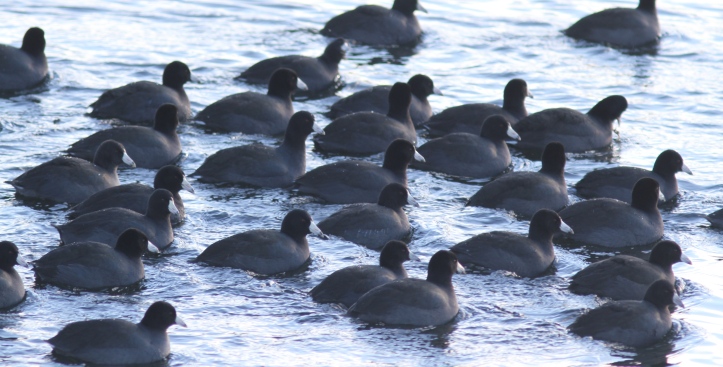 We also saw a pair of Coyotes making their way along the shore of Stump Lake.  The photos from above on the snow covered ice create a green screen look in the photos.  The other mammals rounding out the day were several muskrats sitting on the ice beside open water areas.  It should be noted that I’ve encountered two Long-tailed Weasels in their white winter coats with black-tipped tails in the last week.  I have missed both in terms of getting quality pictures…. 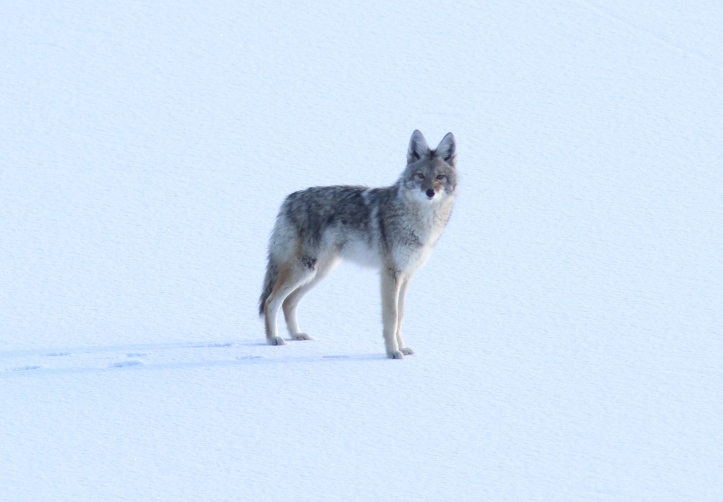