Someone was nice enough to report a Great Egret in the area several days ago and I raced down there without success.  Turned out I was on the right trail but on the wrong section of the trail.  The next morning I checked the right area after receiving more information without success.  Around dinner time I found out it was seen after I left so went back and, this time, it was circling the pond as I approached, clearly visible.  It then landed where it was being seen and stayed there for 10 minutes before flushing with everything else in the pond.  The flusher turned out to be a Peregrine Falcon (at least there was one in the air when everything left).  In China I watched a Peregrine try again and again to knock down/drown a Chinese Egret over the ocean so they will have a go at anything it seems.  I see now that the Great Egret here has moved over to the main marsh at Tranquille.  This is a very unusual specie for Kamloops.  One every 10-20 years during post breeding dispersal times I’m told. 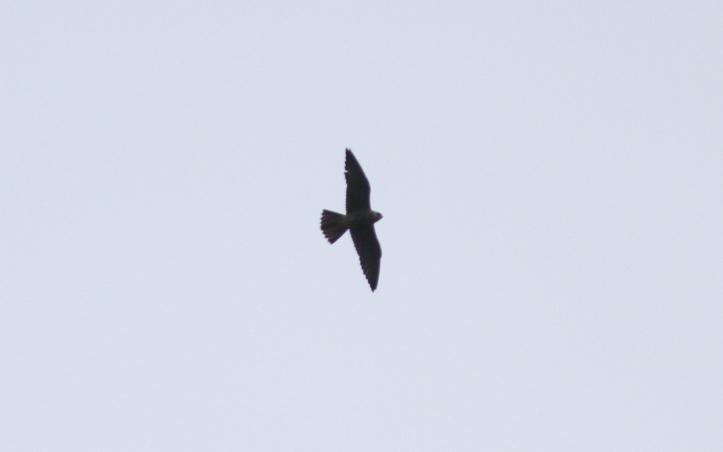 American Crow  80
Northern Rough-winged Swallow  10
American Goldfinch  10
Brewer’s Blackbird  15
The area is located beside the Thompson’s River and the pond there was attracting lots of herons as it dried up after high water levels.  There were two doomed large carp looking fish waiting for Eagles to notice them.  Too big for the herons.  See in front of the Great Blue Heron feet in the photo below.